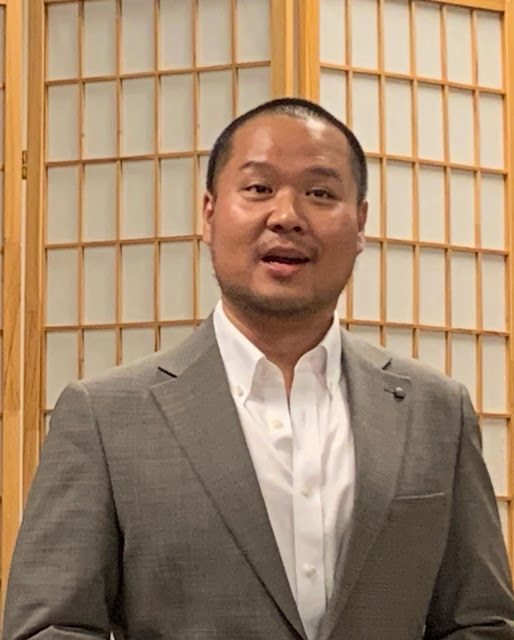 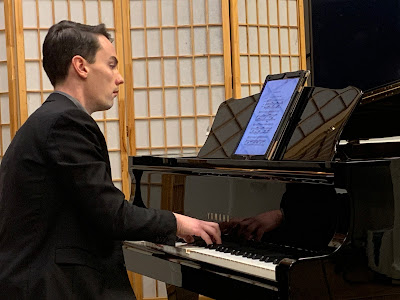 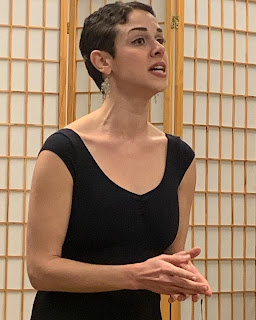 We hold 19th c. art songs in high esteem and have nothing but bitter scorn for any singer that fails to do them justice. On the other hand, when we hear a singer who shows us something new or something deeper, we want to fall to our knees in gratitude.

Last night at Opera America, we were gifted an evening of song cycles by Naama Zahavi-Ely that left us not only fulfilled but also transported.

Until last night, we had considered Schumann's Dichterliebe in somewhat second place to Schubert's Winterreise and Die Schöne Mullerin.

The performance of the Schumann by baritone Suchan Kim bumped it up to first place. It was so affecting that we needed to go out for a little tearful moment at the conclusion. Heinrich Heine's poetry seemed channeled through Schumann's music and then through Mr. Kim's performance so that we literally felt the many emotions expressed in a soul-to-soul fashion that is rarely achieved in a concert space.

A song cycle is actually a duet for voice and piano in which the piano part sometimes supports the text, sometimes alternates with the text, and sometimes tells us what the text is trying to hide. Collaborative pianist Eric Sedgwick added immeasurably to the effect. The "Dichter" of the title is not telling a story consecutively as is the storyteller in Die Schöne Mullerin. He is rather presenting the many aspects of a love affair gone wrong as in the kaleidoscope of memory;  fragments of emotions return to haunt the disappointed lover. He remembers the joys, the excitement, the betrayals, the resentments, the jealousy, the feigned indifference, the rage, the unwanted dreams of happier times, the attempts to forget, and all other aspects of dealing with grief.

In a performance like this, the listener can get wrapped up in what appears to be spontaneous but is actually the product of hours upon hours of work on the vocal aspects, the phrasing, the breathing, the language, the dynamics, etc. In a great performance the listener can forget all that and feel the emotions. However, due to the unavailability of titles, we couldn't help but notice how perfekt was the German diction. We understood every word. Final consonants were given their due and the terminal "ich" was never slighted.Our companion does not speak German but the storytelling took place in the voice and it was easy to grasp each emotion in its turn.

The power of this performance and its affect on us left us ill-equipped to change gears and focus on the second half of the evening as intently as it deserved. It was a tough act to follow, as they say. Soprano Kinneret Ely (pictured above) has a bright tone and a most charming manner that lends itself well to the French repertoire. Berlioz' Les nuits d'ete seems more a collection of songs than a unified cycle and indeed we have heard these chansons sung separately more often than together.

The cheerful "Villanelle" and the fragrant "Le spectre de la rose" (the poetry of which inspired Michel Fokine to choreograph a ballet for Diaghilev) made small inroads on our dark mood. The subsequent "Sur les lagunes", "Absence", and "Au cimitière" were sorrowful but the ending "L'île inconnue" lifted our spirits with its playful tone. The cycle is marked by wide leaps and a wide range, a challenge for the singer to keep the voice centered throughout the entire register. In the upper register it is difficult to understand the words, a problem not unique to this artist but rather universal.

Mr. Kim returned to perform another cycle we love--Mahler's Lieder eines fahrenden Gesellen. It shares with the Schumann the Romantic period focus on intense love and the despair of a spurned lover. Much has been written about the wandering keys of the four songs in the cycle and the autobiographical nature of the lyrics written by Mahler himself.

We would like to hear Mr. Kim perform this cycle in the future. It seemed as if he had not worked on it sufficiently. There was nothing wrong with the vocalism but the rare glances at the score of the Schumann were replaced here by frequent glances which broke the emotional connection.

Mr. Sedgwick's playing was consistently magnificent throughout the evening and always supported the singers. We left contented.