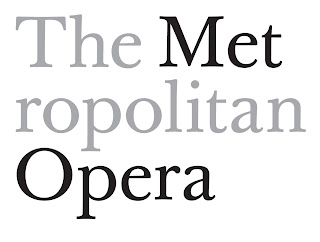 What great event would get a huge crowd of New Yorkers to stand in line for hours in the middle of a cruel heat wave?  A recital of favorite arias from favorite operas sung by favorite stars, that's what!  Soprano Erin Morley, mezzo Isabel Leonard and tenor Stephen Costello have been the shooting stars in the Metropolitan Opera firmament and they completely lived up to their promise at Central Park SummerStage Tuesday night in a program that will be repeated Friday evening in Brooklyn Bridge Park.  The fireworks at the Philharmonic concert on Monday night were nothing compared with the fireworks onstage as these three artists, accompanied by Bradley Moore, defied the weather and gave us all they had to give.

Ms. Morley has a clear pure sound that thrills the nerve endings and a sweet warmth in her personality that allows her to portray the heroines of her fach in a most winning manner.  Ms. Leonard has a most distinctive mezzo sound, rich and full throated, as well as a piquant personality that lends her characterizations variety and originality.  Mr. Costello has a superb instrument and may be the tenor we have been waiting for--if only he did not push his high notes.

We enjoyed him the most in "Questa o quella" from Verdi's Rigoletto which fit his voice like the proverbial glove.  Perhaps his success as Percy in the Met's Anna Bolena gave him the impetus to pursue the bel canto repertory but we hear him more as a spinto.  He negotiated the high C's in "Ah! mes amis" from Donizetti's La Fille du Regiment but the effort was palpable.  The high note in "Salut!, demeure chaste et pure" from Gounod's Faust needed to be floated, not pushed.  Aside from that, he sounded glorious in his musicality and phrasing.  We'd hate to see him ruin his gorgeous instrument!

Ms. Leonard showed off the flexibility of her instrument and her charm as an actress in "Una voce poco fa" from Rossini's Il Barbiere di Siviglia.  Her embellishments were astonishing.  She departed from the world of opera with two favorite Spanish songs, something she does particularly well--Montsalvatge's tender lullaby and Valverde's lively "Clavelitos".

Ms. Morley handled the coloratura of Olympia's song from Offenbach's Les Contes d'Hoffmann with ease and was very funny, being wheeled on and offstage in a cart.  She was particularly winsome in her rose presentation duet with Ms. Leonard--an ardent Count Refrano.

Confirming my contention that some Broadway musical are operas, our three stars movingly performed selections from Leonard Bernstein's West Side Story to close the program.  One could not have asked for anything more.  But more was to come.

Mr. Costello sang "Core 'ngrato" by Cardillo and sang it marvelously, with passion and beauty of tone.  Ms. Morley and Ms. Leonard joined their gorgeous voices in perfect harmony for "Oh, belle nuit" from the Venice scene of Les Contes d'Hoffman.  And thus, the worst night of the year was transformed into Une Belle Nuit!